Skip to main content
Close Search
All Posts By

We are really pleased with our new video showing customers how we operate our business, thankyou Wildcat films for all your help. If you wish to have a look click below!

We choose to naturally season our firewood the traditional way by allowing the natural elements and most importantly time to dry our firewood rather than force drying logs in fuel powered ovens (kilns). The end product is exactly the same (dry logs!) its just our process uses significantly less energy. Many consumers are lead to believe that kiln dried logs are the only option.  This is a myth! By naturally seasoning our logs we can still achieve 15% – 20% moisture content firewood.

A farmer with an axe to grind has been fined more than £100,000 – for chopping down 200 ancient beech trees in a revenge attack.

Keith Smith, 62, carried out a chainsaw massacre on the 200-year-old hedgerow beeches in protest at a new solar energy plant.

A court heard Smith had rented the farmland and woods in Blackwood, near Caerphilly, South Wales, and wanted to launch a business there.

But the land was bought up by an energy company to install solar panels to generate electricity – and Smith objected to the plans.

So Smith and his two sons took their chainsaws to the land to cut down the trees.

Muhammed Yaqub, prosecuting, said: ‘The land was being used to install solar panels and the company in fact wanted the trees in place as they provided the perfect screening for the panels.

‘Smith had applied to do something on the land and failed to get permission. When the solar company put their own plans in for the solar panels, he objected.

‘He wasn’t able to do what he wanted, and this was a revenge. His attitude was: ‘If I can’t have that land, no one else can.’

Smith, of Ammanford, Carmarthenshire, failed to turn up for the hearing at Newport Magistrates Court.

The court heard if the trees were to be sold as fire wood they would be worth around £52,500.

So the moral to this story is do your homework before cutting trees down! The local forestry commission are always a good point of call if your unsure! 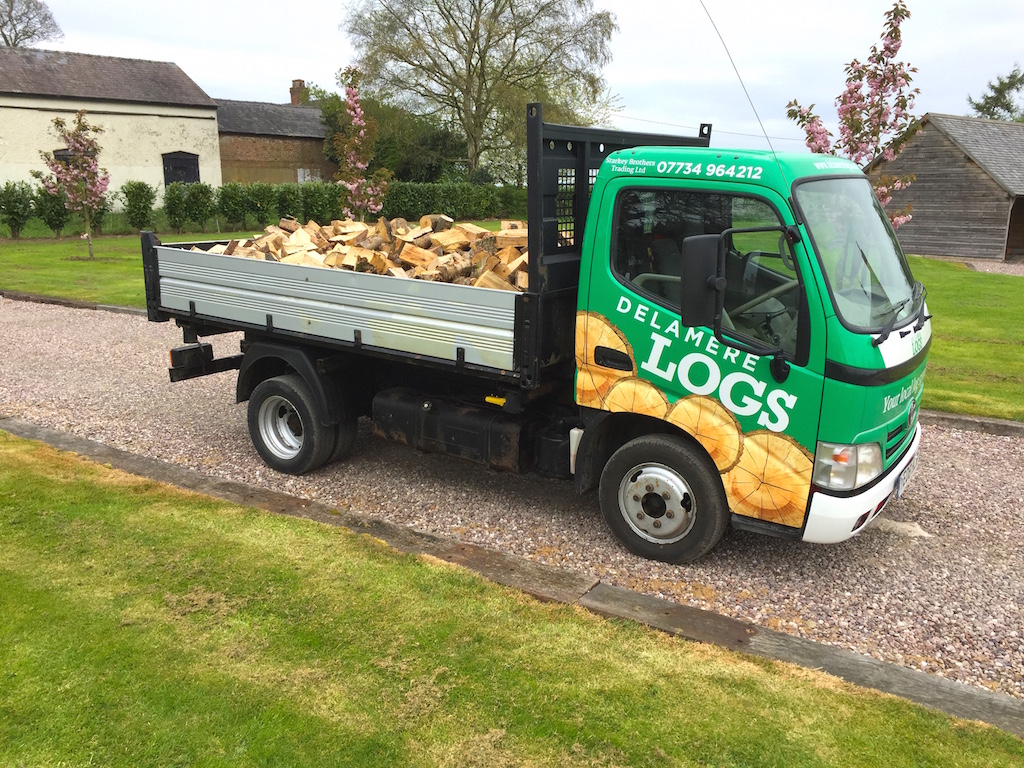 Grown In Britain Week is just around the corner, the organisation responsible for promoting sustainable sourced UK timber for use within the construction, retail and firewood industries.  As a way to help launch the week in style we are offering our 2.6m3 load of fully seasoned UK softwood plus 10 nets of sticks for £165 including local delivery!

If you want to learn more about Grown In Britain visit their website, www.growninbritain.org 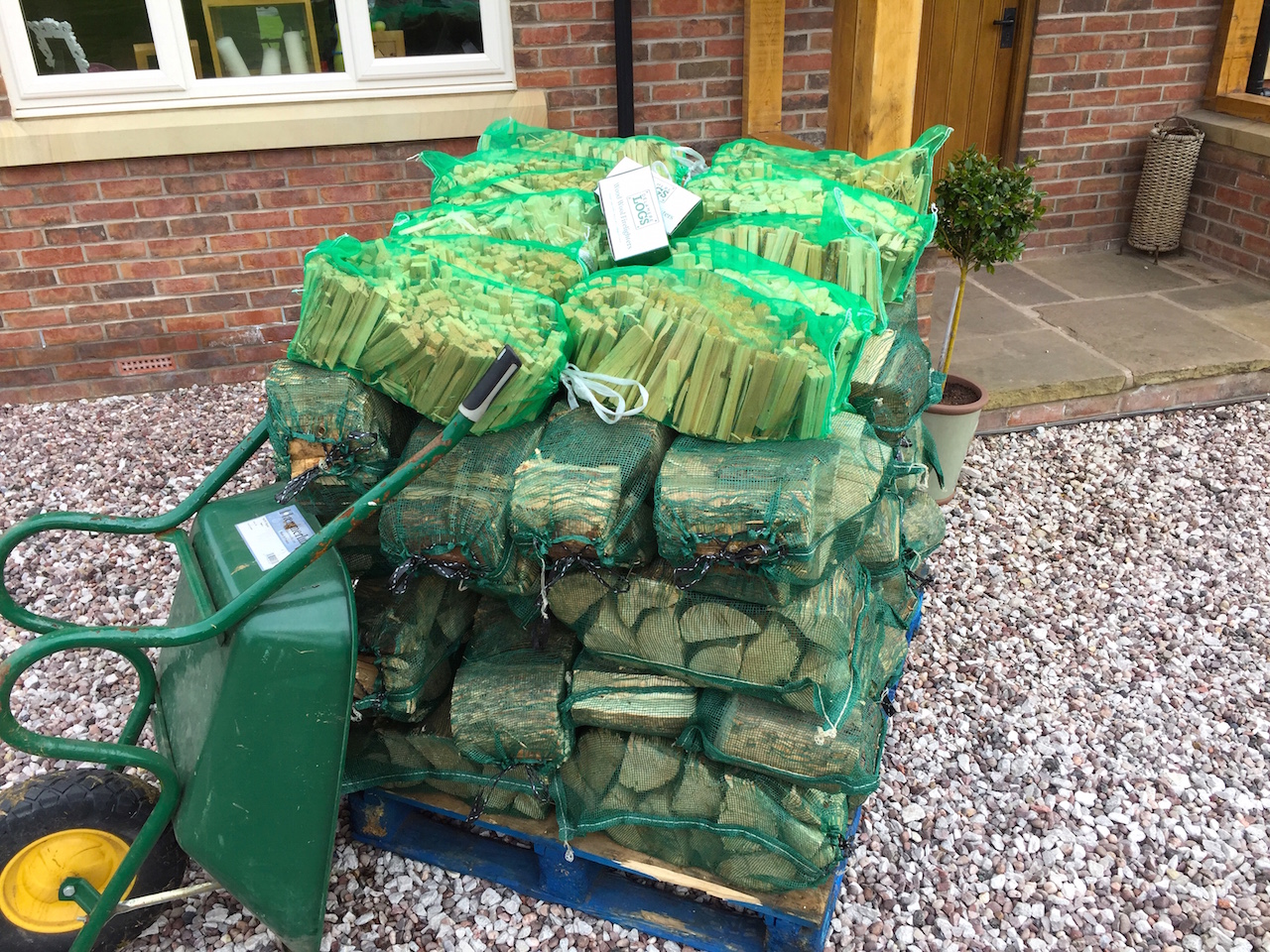 Don’t have a log store? Don’t want to be stacking logs, well we have the answer, why not order our pallet of 40 nets of seasoned soft wood logs and 10 nets of sticks plus a pack of fire lighters?

Ideal for occasional users, why not go halves with a neighbour, working out at £3.70/net delivered to your door, its cheaper than buying from a local retailer and you don’t have to leave home! 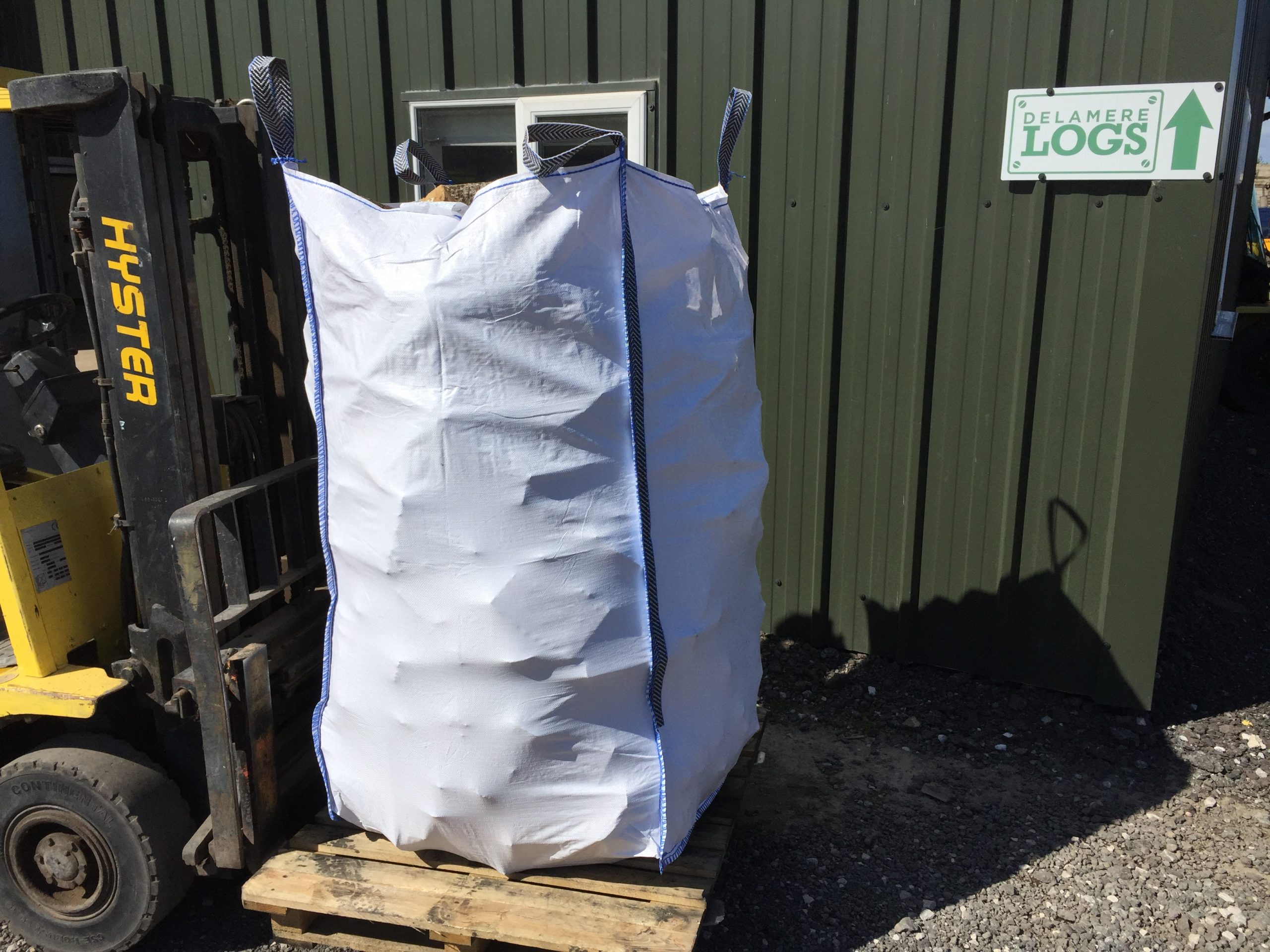 Nationwide Delivery Service Gets Off To A Flying Start!

We have a few 1.2m3 bags of seasoned hard and softwood going out today for nationwide delivery by pallet courier.

We have expanded our service this year, so we can now offer our fantastic Grown in Britain and Hetas accredited logs to Cheshire, Manchester, Liverpool…..in fact the whole of England and Wales!!! 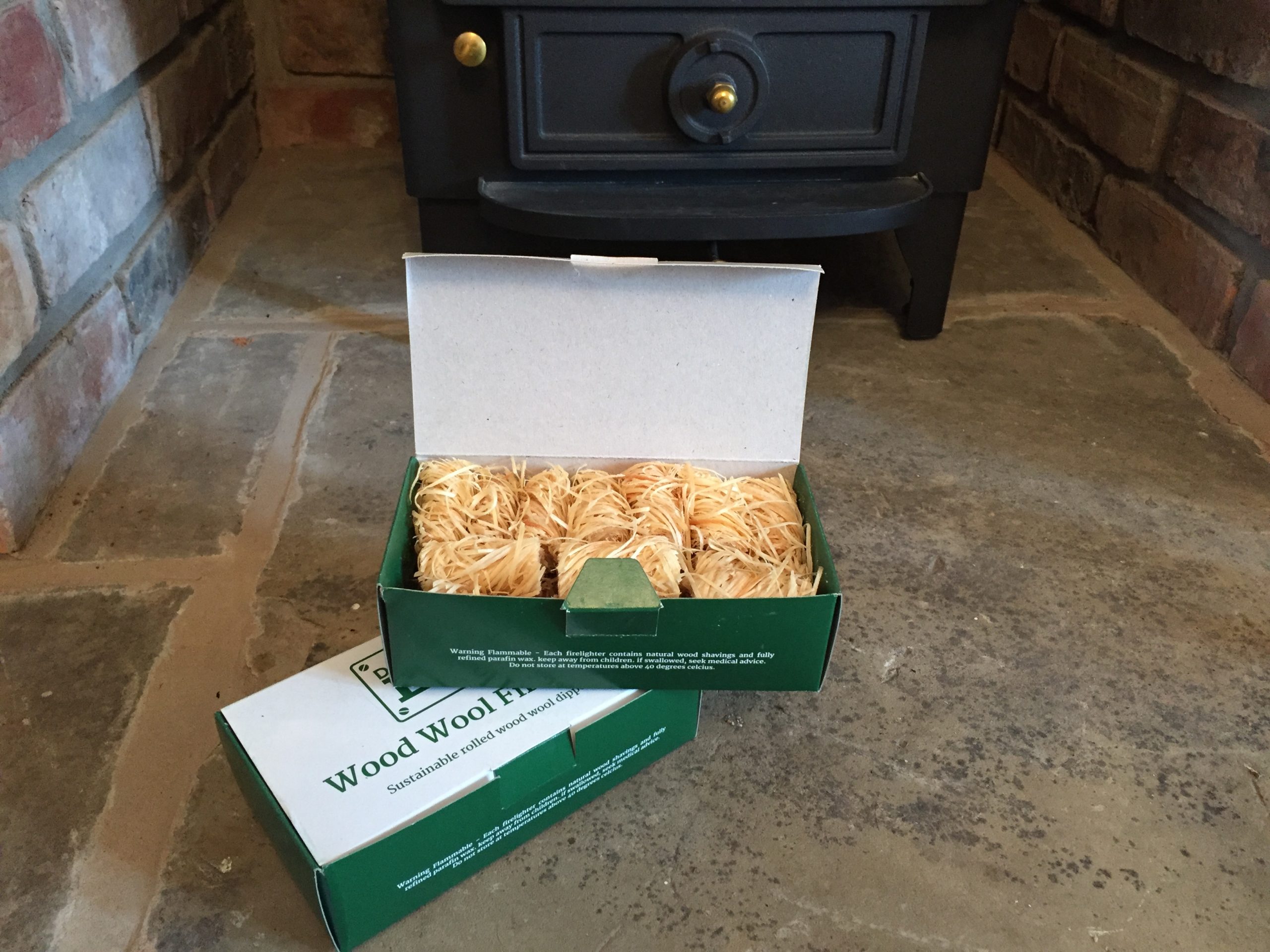 Have you tried our new Wood Wool Fire Lighters?!

A simple and easy way to get the fire started! Pop a couple in the base of the log burner, put some of our seasoned kindling on top and simple light the fire lighter! Once the kindling is well alight add some logs, sit back and enjoy! You can order them online by adding them to a log purchase and they will be delivered with you seasoned logs to your home!

School House Nursery in Delamere asked for some firewood to burn on a camp fire, to teach children the dangers of fire but also it was a very good way of toasting some marshmallows over the fire!

By Del-Logs-Starkey News No Comments
Generally a high proportion of kiln dried logs now come from Eastern Europe such as Latvia and Lithuania. Did you know that much of this timber  originates from Russia where sustainable forestry management is questionable and its transported through to EU member states then over to the UK. If burning logs is meant to offer green credentials then using imported timber surely is not green!

Generally speaking if the wood is stacked in a wooden crate, or large unlabeled nets stating a volume in ‘litres’ then the firewood is almost certainly imported wood.  Economically using UK timber boosts the UK economy, investment in the foresty industry, creates UK jobs, contributes to the management and replanting of UK woodlands.

Lastly a worrying threat from imported timber is the emerald ash borer beetle, which is a prolific destroyer of ash trees on the continent and North America, has so far been kept at bay on these islands. Logs imported into the UK may be harboring the beetle and could cause devastation to our ash forests, along the same lines that the Dutch Elm disease decimated elm trees here 40 years ago.

Firewood from Delamere Logs is 100% British supported by our accreditation to the Grown in Britain Scheme so the facts above speak for themselves!

By Del-Logs-Starkey News No Comments

Delamere Logs use the old fashioned method of letting time do the seasoning, enabling fresh cut logs to dry to 15-20% moisture content over a period of 12 months or more.  Our aim is to source the majority of timber from either our own woodlands or from local woodlands within a 10 mile radius of Delamere, minimising the transport required to haul them from woodland to yard for cutting and seasoning.  This all keeps the carbon footprint of the timber to an absolute minimum.

Compare this to many other suppliers offering either imported timber from Latvia and alike or even offering Kiln dried locally sourced logs, the misconception that all logs are carbon neutral is then thrown out of the window.  Kiln drying is done by many suppliers to turn around the stock they hold within a 1 – 2 week period so they do not have to hold stock for 12 months or more.  A great business concept but kiln drying requires heat, which the majority of the time produced by burning timber, oil or gas.  This to us seems madness and quite clearly removes any trace of green credentials burning logs would offer.

We have found that with the correct storage and seasoning of timber our logs we sell can reach a moisture content between 15% to 20% which is more than adequate by any customers standards.

Other problems of kiln drying that customers report include: